In 2020, the Group’s total power procurement was 3,850 GWh. This corresponds to 5% of the total electricity consumed in Finland. Last year, a larger proportion of energy than ever was generated emission-free:

In 2020, the average carbon dioxide (CO2) emissions of the electricity supplied by EPV Energy were 133.6 g/kWh.

The average emissions of the electrical energy acquired through generation shares in 2020 were: 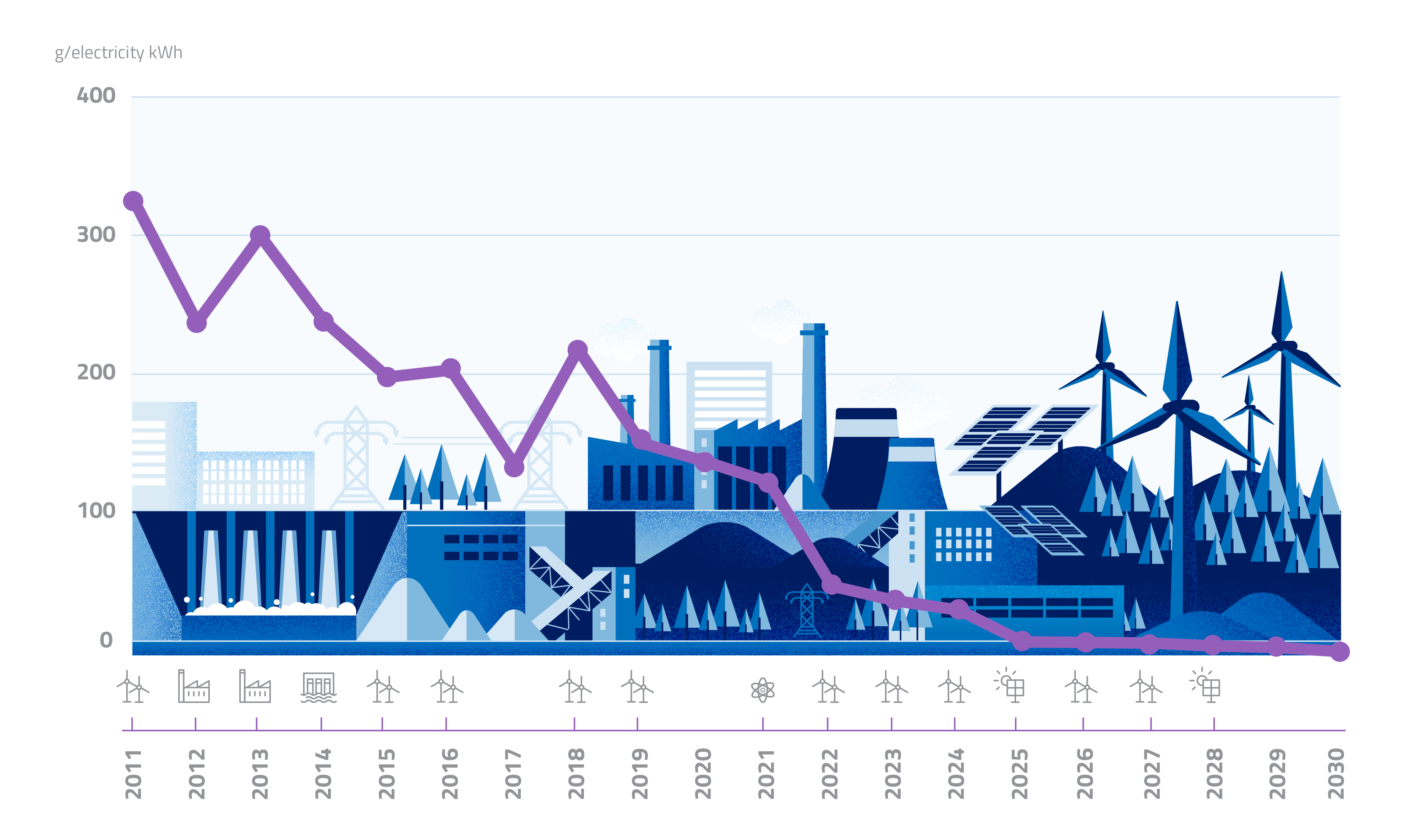 Founded in 1952, EPV Energy was first known as Etelä-Pohjanmaan Voima. The company’s roots are in Ostrobothnia, where the region’s electricity power plants opted to join forces as the demand for electricity grew. Over the decades, EPV Energy has expanded its operations to cover the whole country and, via an affiliated company, also into Sweden.

Linkedin
Back to Top